The Work and Pensions Secretary supports the campaign for Britain to leave the European Union.

He accused the government and the Remain campaign of bullying.

He said they have been using big business and finance chiefs to scare people into voting to remain.

In the last fortnight we have had a series of highly questionable dossiers – threatening almost biblical consequences if we dare to consider a future outside of the European Union.

LondonMultimediaNews asked Goldsmiths students if they still felt engaged with the EU debate and for their views on how it’s affected the Conservative Party. 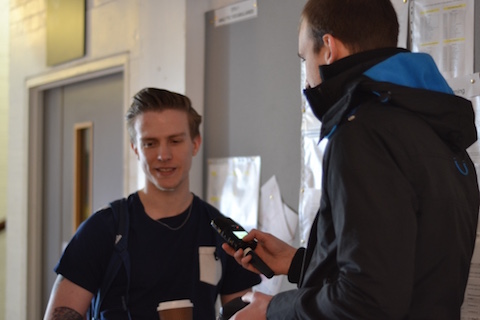 23 year old Lars Hamer is a Media and Communications student.

I wouldn’t say I’m engaged but it’s there and I have my opinions on the EU. I want to stay in the EU, mainly because of the human rights act, and the fact that when we leave it’ll just be ten years of us on our own trying to sort out our own trade agreements.

You can’t really formulate your own opinion, because I mean, I don’t know the ins and outs of the EU and our relationship to it, and I haven’t studied what will happen if we were to leave.

The British public will vote on whether to remain in the EU on June 23 this year.