Shakespeare- 400 years after his death 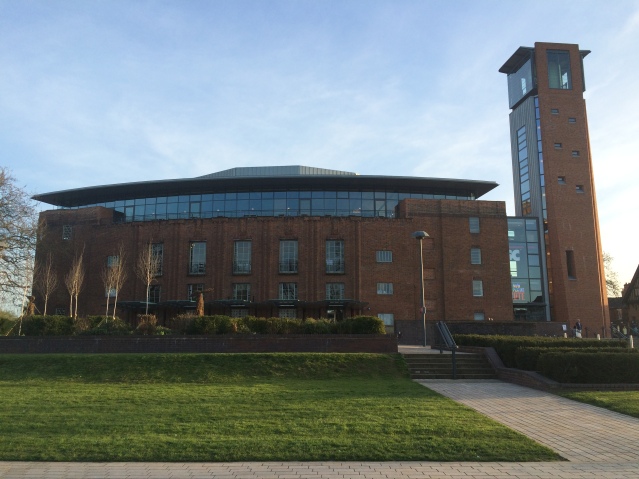 Saturday April 23rd sees the 400th anniversary of the death of William Shakespeare, perhaps the most famous playwright in the world.

Stratford-Upon-Avon, the birthplace of William Shakespeare and his place of burial.

There are numerous festivities taking place around the town on Saturday.

Stratfordians from across the globe are joining the 400th celebrations for a Strafords of the World UK Reunion 2016 https://t.co/wRR3ZM1IUw

The annual parade celebrating the birth of Shakespeare (who died on the day of his birth) will be even more spectacular this year.

I spoke to Beatrice Rowe who will be returning to Stratford-Upon-Avon on Saturday to witness the celebrations.

All around the theatre on the banks of the River Avon there are television vans getting ready to record the Gala taking place in Shakespeare’s honour on the evening of the 23rd.

Judith Shipp works at the Royal Shakespeare Theatre shop and I spoke to her about what’s happening at the theatre this weekend.

Shakespeare 400 marks the occasion with hundreds of co-ordinated projects throughout the country.

London- the city where he wrote, acted in and directed his plays.

One exhibition held by King’s College London displays Shakespeare’s last will and testament.

Shakespeare’s Globe Theatre that resides on the Southbank of the Thames in London has set up 37 screens along the river each showing a 10-minute piece of a Shakespeare play.