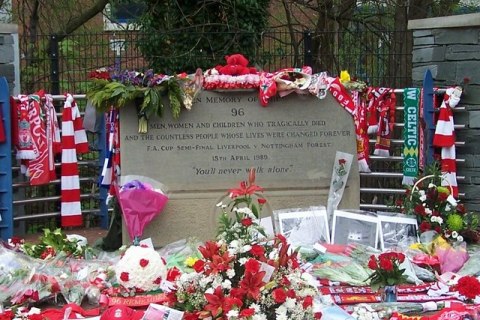 The jury in the long running Hillsborough Inquest has returned a majority conclusion of unlawful killing.

After 27 years of finger pointing, controversy, legal fallout and pain- justice has finally been served.

In an historic day, after a two year long inquest the jury have concluded that the 96 victims were unlawfully killed on that day at Hillsborough stadium, in 1989.

The jury completed a questionnaire of 14 questions regarding who was at fault for the deadly situation.

We know the jury unanimously agreed on several points:

· Police errors caused a dangerous situation at the turnstiles;
· Failures by commanding officers caused a crush on the terraces;
· There were mistakes in the police control box over the order to open the Leppings Lane End exit gates;
· Defects at the stadium contributed to the disaster;
· There was an error in the safety certification of the Hillsborough stadium;
· Police delayed declaring a major incident;
· The emergency response including the ambulance service was also delayed.

The jury answered yes to these questions.

And importantly the jury answered ‘no’ to one of the 14 questions, that the Liverpool supporters caused the danger that led to the crushing.

#Hillsborough: a timeline of events following the disaster than led to the "unlawful" death of 96 football fans amp.twimg.com/v/db4161f1-70e…

This is the decision that so many people have been waiting so long for.

It’s 27 years to the month since the disaster and this inquest has dragged on for 2 years.

I would like to pay tribute to the extraordinary courage of #Hillsborough campaigners in their long search for the truth.

The police officer in charge of the match, David Duckenfield, faced significant criticism at the inquest.

The Crown Prosecution Service say they will now consider whether there should be any criminal charges against those deemed to blame.

Right now, in court, the coroner’s report has just been read out, which lists the time and cause of death for each of the 96 victims.

Labour MP and #Hillsborough campaigner @andyburnhammp has described the findings as "real justice" for victims https://t.co/X54dKOqu0a

Margaret Aspinall - whose teenage son died at Hillsborough - "I think we have changed a part of history now." https://t.co/pVaDUMDxBg

#Hillsborough: a timeline of events following the disaster than led to the "unlawful" death of 96 football fans amp.twimg.com/v/db4161f1-70e…

Thousands gather to support families of 96 victims of Hillsborough disaster at commemorative service in Liverpool: youtube.com/watch?v=erLvSB…