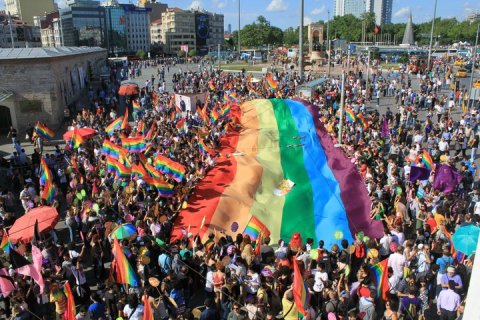 It’s a worldwide celebration of sexual and gender diversities.

Events are taking place in Toronto, St Petersburg, Brisbane, Brussels and other places.

The spirit of the movement is ‘Everybody is unique!’ and the organisers say the purpose of making the event global is to change attitudes and diminish prejudices.

On the International Day Against Homophobia and Transphobia, let's recommit to ending violence and hate against LGBT people worldwide.

IDAHOT’s call for toleration and respect is still set against the existence of stigma towards same-sex unions, and the taboo notions around it.

The opposition is rooted in cultural and religious beliefs.

In some countries the operation of ‘conversion camps’ with the use of ‘conversion therapy’ are legitimised social and medical responses to what are regarded as ‘sexual deviances and illnesses’  rather than gender identities.

The National Association for Research & Therapy of Homosexuality (NARTH) is one such organisation advocating conversion therapy.

Creative Artist Saida V and Bar Manager (within the gay quarter) Adam, share their opinion on being gay, in today’s society.

IDAHOT looks to role models in popular culture, television, film and celebrity who are part of the LGBT community and have faced stigma themselves in relation to their personal and professional lives.

IDAHOT was founded in 2004 by former committee chairperson Louis-Georges Tin. 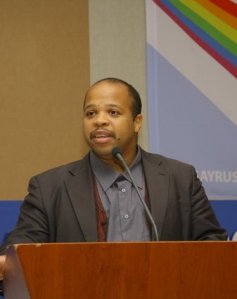 The day coincides with the same date back in 1990 when the World Health Organisation decided to  remove homosexuality as a listed ‘disease.’

Since then more and more countries have adopted the day, or similar days, to promote acceptance of the Lesbian, Gay, Transgender and Bisexual community within their societies.

The day is celebrated through a variety of events including flash mobs, street parties and dancing.

IDAHOT also coincides with Gay Pride festivals and recognition of the day same-sex marriages were made legal in France since 2013.

The Independent revealed last year that in England and Wales alone it was reported by the police over 5,596  hate crimes against gays and lesbians in 2014-15 had been recorded.

This was a rise of 22 per cent on the previous 12 months.

IDAHOT research indicates their May 17th mobilisation day of campaigning generates a surge in social media activity around the subject.

This includes traffic of over 2,000 tweets an hour.

Today there are over 78 countries which still consider same-sex relationships illegal.

In seven of the those countries, same-sex relationships are punishable by death.