Third Baghdad blast and other news 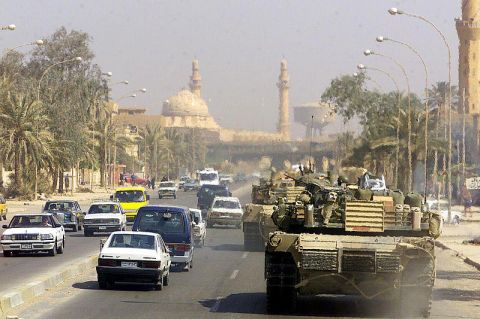 A third bomb blast has occurred in the Iraqi capital Baghdad bringing the death toll following this morning’s attacks up to 53.

Terrorist group IS have confirmed responsibility for the first of today’s three attacks which hit a market in a predominantly Shia area in the north of the city.

The Police Federation held a minute’s silence for the victims of the Hillsborough tragedy at its annual conference today.

A minute's silence to remember those who died at #Hillsborough #polfed16 https://t.co/cOXCiF2ANS

This follows chairman Steve White’s acknowledgement that errors were made in how officers reacted to the disaster.

Magic mushrooms contains an hallucinogenic, called (psilocybin) SI-LAA-SIGH-BEEN, which the Lancet Psychiatry experts say could be the answer for people suffering from untreatable depression.

Eight patients were no longer depressed, after having the  drug induced.

More controversy in the world of sport today as a major doping scandal has been revealed among olympic athletes.

Tyler Hill has the details of the latest shakeup and positive tests.

The European Swimming Championship are underway in the London Aquatics Centre until May 22nd. Currently the U.K has won one silver medal: Hannah Miley in the Womens’ 400m Medley.

And in boxing, the London 2012 bronze medallist Anthony Ogogo says he believes he can fulfil his ambition of becoming world champion after nearly a year out from the sport.