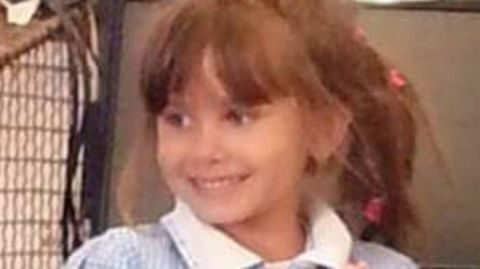 A 15-year-old has appeared at York Magistrates’ Court after being charged for the murder of seven-year-old Katie Rough.

Katie was found severely injured near Alness Drive in York and taken to hospital, where she died shortly after.

The teenager, who cannot be named due to her age, remained silent in the hearing, while her solicitor answered questions.

The 15-year-old is also charged with possessing a knife.

A man has attempted suicide at Haverfordwest Magistrates’ Court in Pembrokeshire as he waited to be sentenced for a sex attack.

Lukasz Pawlowski pleaded guilty to a sexual assault for grabbing and kissing a shop assistant, then asked to go to the toilet.

When he returned to the dock, he attempted to cut his throat.

Paramedics took him to Morrison Hospital by helicopter.

He is currently conscious and receiving treatment.

Disturbing news. No one should be in a position to harm themselves or others in a court room. https://t.co/uFMAk2M9jd

Theresa May has called the reaction to the NHS crisis as ‘overblown.’

Labour leader Jeremy Corbyn says she is ‘in denial’ over the state of the health service.

Wilko has been fined over two million pounds for an accident at their store in Leicester which crushed a young woman employee and left her paralysed.

Corisande Collins was a part-time university student in Northampton.

She was pulling a roll cage filled with paint cans out of a lift when it collapsed on top of her.

The company admitted failing to ensure the health and safety of its employees.

Wilko was fined a total of £2.2 million.

Severe winds, ranging in speeds from 77 to 129 miles an hour have caused some disruption in Northern England and Scotland.

2,300 homes had lost power in the North East of England as a result of the high winds.

Meanwhile, a lorry blew over and blocked both carriageways of the Forth Bridge.

The bridge had been closed to high-sided vehicles at the time, and the 54-year-old driver has been charged by police over the incident.

Snow, heavy rain and severe winds are expected in the next week in these areas.