Millwall out of the Lion’s Den?

London Mayor Sadiq Khan has given his full support to Millwall’s campaign to stay at the club’s home in Lewisham.

The news comes after they were given a lifeline in their battle to remain at The Den.

The League One club say they could be forced to relocate to Kent if the land that surrounds the stadium was sold to property developers.

The Lions have played in Lewisham since 1910 and have made The Den their home since its completion in 1993.

Lewisham Council plans to regenerate the land around Millwall’s ground in conjunction with property developer Renewal.

It’s part of the ‘New Bermondsey scheme’ which proposes the creation of 2,400 homes, community facilities and a new overground station near the stadium.

An announcement was expected on the outcome of the sale today.

But Lewisham Council has adjourned the decision on the compulsory purchase order until the end of February.

It says it needs more time to investigate the threat to Millwall’s category two academy status if the sale went ahead.

Lions supporters have been vocal in their opposition to the Compulsory purchase order.

An online petition against the proposals has attracted more than 27,000 signatures.

A group of local Conservatives wrote to the Mayor of London earlier this week urging him to step in.

They want a review of the proposed development at New Bermondsey.

A spokesperson from the Mayor’s office said Mr Khan does not have the power to intervene, but he does want Millwall to remain in Lewisham. 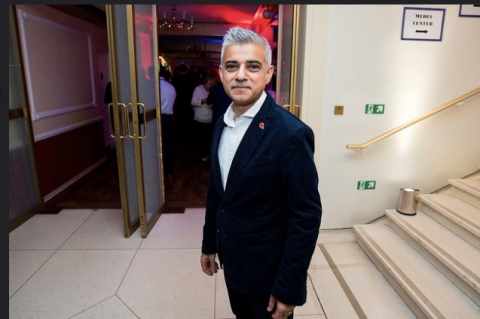 Millwall chief executive Steve Kavanagh has repeated his warning that the club may have to leave the area after more than a hundred years.

He said: ‘What I was asked is would I rule out relocation in the event the CPO went through? And I cannot rule out such a move.’

I have to look at every single angle to make sure the commercial viability and long-term future of the club and its community trust is well served where we live.

We have been in the borough since 1910 and we do not want to go anywhere.

But if we are treated in such a manner that this goes through and we are not at the heart of the proposed development, then we have to consider what we do.

We would look at all angles and consider where it is best for the club to live. Can I rule out that we would move? No I cannot.

Labour-run Lewisham council deny its plans are a threat to Millwall Football Club.

They have given the club two weeks to provide more information about the threat to their academy.