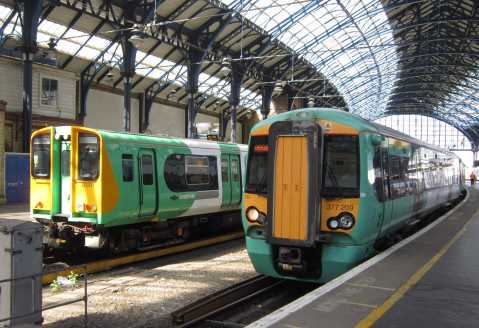 The Aslef train union group have called off strikes planned for 24th, 25th and 27th January.

The decision comes stems from negotiations held on Wednesday between the union group and Southern Rail.

The train service has been hit with strikes since last April and the dispute continues to pose problems to travellers.

A full train service will be restored from Tuesday 24 January https://t.co/u3jTkjUuKB

The UK employment rate has fallen and is now at 1.6 million.

The Office of National Statistics announced a drop of 52,000 in three months.

South West England was shown to have the lowest level of unemployment at 3.4%.

London has a higher level than the national average at 5.6%.

The study also shows that average weekly earnings in the UK have increased by 2.7%.

The UK Supreme Court has unanimously ruled it was not enough for drivers to simply ask a non-wheelchair user to vacate the space without taking any further steps.

The case stemmed from in incident in 2012 when Doug Paulley was unable to board a FirstGroup bus in Yorkshire after a woman with a buggy refused to move when asked to by the bus driver.