Costa back after China spat and other sports stories 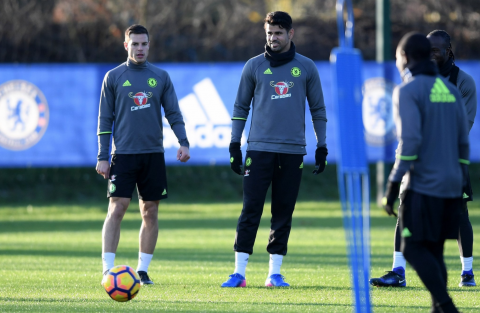 Diego Costa is back in training with teammates. Image @ChelseaFC

Chelsea striker Diego Costa is reportedly back in training following a dispute with manager Antonio Conte over a potential move to China.

There is a general acceptance around the club that Costa will not remain at Chelsea beyond the summer transfer window.

Diego Costa will leave Chelsea at the end of the season. [Telegraph]

Several Chinese clubs and Costa’s former side Atletico Madrid are interested in signing the unsettled striker, who is the Premier League’s joint leading goal scorer.

Conte omitted Costa from the squad on Saturday, and has no plans to clear the air with his striker, preferring to see an attitude improvement on the pitch. 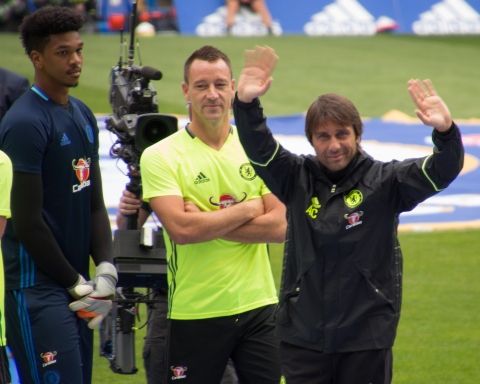 Conte wants Costa to calm the argument by proving himself on the field. By @cfcunofficial (Chelsea Debs) London – CC BY-SA 2.0.

Manchester United have become the first sports club in England to appoint an official counter-terrorism officer.

The appointment is one of a series of changes to matchday security introduced at Old Trafford.

In May 2015, a Premier League game against Bournemouth was temporarily postponed after what turned out to be a fake bomb was found in one of the toilets.

In November of the same year, two supporters were arrested after sneaking away from a stadium tour to hide overnight in the grounds to watch a match for free.

Other measures, such as body searches at the turn styles and routine vehicle checks in the car parks.

Murray and Evans Through to Australian Open Third Round

Andy Murray has comfortably moved through to the third round of the Australian Open, defeating Russian Andrey Rublev in straight sets.

Murray did suffer an injury scare in the third set, rolling his ankle and receiving medical attention from the tournament doctor, but went on uncomfortably to win despite injury.

The Croatian former US open champion took the first set in under forty minutes, but Evans fired back to win the next three sets.

It is the fourth time Evans has made the third round of a major tournament.

Andy #Murray through to the third round! #AusOpen pic.twitter.com/3h6ETfMwhh

Four of the five games will be covered live, with England versus Scotland being available after the match has been played.

England are looking to reclaim the trophy, which they last won in 2012.

England’s opening game against France is at Twickenham on February 4th.

We are really excited to announce some new developments! All 15 matches will be shown live on either TV or streamed online… pic.twitter.com/lNpTSDSFIW