Gabe Newell Talks To The Internet and other stories. 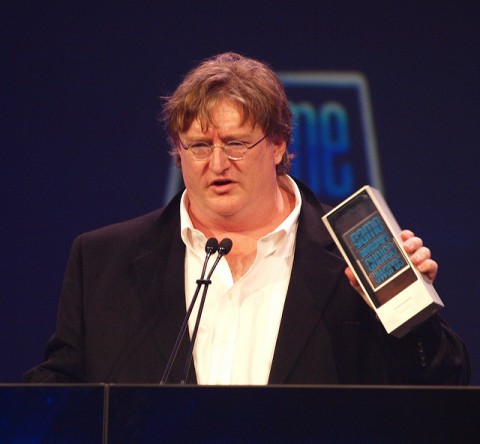 Gabe Newell, co-founder of notorious video game and software company VALVe, has opened up online via a Reddit AMA (Ask Me Anything) forum.

Gabe Newell, otherwise known GabeN, says VALVe is dedicating itself with the running of Steam and its support of PC gamers as well as their focus on making full-fledged single-player games:

The issue with Half-Life for me is that I was involved in a much higher percentage of the decisions about the games, so it’s hard for me to look at them as anything other than a series of things I regret.

There’s no information in my response about what we’ll do in the future.

It’s simply easier for me to be a fan of things in which I was less directive.

The South Korean Military have been called out for using unauthorised game footage during a promotional video in its newly-announced fighter plane development programme.

The Korea Times said game footage from both Battlefield 3 and Ace Combat: Assault Horizon were used for roughly 6-7 seconds from each game to demonstrate the potential for co-development of fighter planes in South Korea.

Both the Agency for Defence Development and Korea Aerospace industries have been blamed for this use of game footage.

The Korea Times reports that the creation of the video cost ₩40 Million (roughly £30,000).

It’s being reported that Art of Stealth, has been removed from the Steam Store.

A Steam website announcement alleged: ‘The developer appears to have created multiple Steam accounts to post a positive review for their own game.’

It was also reported that the game’s developer, Matan Cohen, had denied the allegation saying:

A few friends of mine who study computer science with me in the university have decided to join Steam in order to support this game by posting positive reviews.

He had previously complained about YouTube personality Jim Sterling’s negative video review of his studio’s game.

Echolocation Game To Be Released on PS4

A new survival-horror game, which features the use of echolocation in its core gameplay, has been added to the roster of Playstation 4 titles.

Perception has been developed by Deep End Studios which is run by some of team members behind Bioshock and Dead Space.

It tells the story of a blind woman who must explore the Estate of Echo Bluff to hide away from monsters, ghosts and a mysterious figure known as ‘The Presence.’

The game was fully backed on Kickstarter, raising more than $150,000, and will be available on PC and PS4.

No release date has been given as yet.