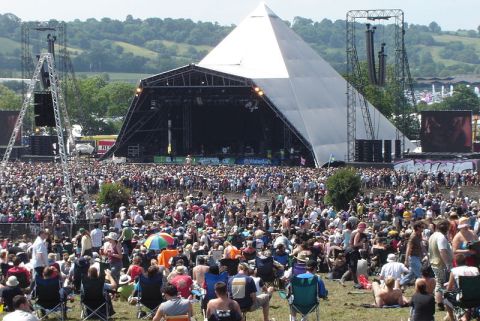 The organisers of the Glastonbury Festival have announced plans for a new festival, called Variety Bazaar.

Variety Bazaar will be separate from Glastonbury and be held at a different location.

Some festival-goers were concerned that the new festival was going to replace Glastonbury, but Emily Eavis waylaid these fears with this tweet.

Micheal Eavis admitted he was taking ‘a huge risk’ in an interview with Paul Cannon of Glastonbury FM.

I’ve been a risk taker all my life. I mean 47 years of taking risks really and so far touch wood, I haven’t come unstuck so far. This might be one risk too far, I don’t know.

The highly influential Nigerian musician, William Onyeabor, has died at the age of 70.

His death was announced on his Facebook page, run by his record label Luaka Bop, which explained: ‘He died peacefully in his sleep following a brief illness.’

Onyeabor self-released eight acclaimed synth funk albums between 1977 and 1985, and was introduced to a fresh audience in recent years with the release of a best of, Who Is William Onyeabo in 2013, and a series of live tribute shows performed by the likes of David Byrne and Damon Albarn.

In his later life, Onyeabor distanced himself from music and embraced Christianity.

We’ve just received sad news about the passing of ‘Fantastic Man’ William Onyeabor. Here was his ONLY interview: https://t.co/WbzJBQo8hz pic.twitter.com/jiuqbriF25

The first announcement of the performers for the 59th Annual Grammy Awards has been made.

The Awards, due to take place on February 12th, have confirmed that Metallica, John Legend, Carrie Underwood, and Keith Urban will play at the event.

Metallica and Carrie Underwood are each up for one award, whereas Urban has received two nominations.

Other notable nominees include Adele, who is up for five awards, and Beyoncé, who leads the way with nine.

British comedian James Corden is set to host the show.

Nick Cave and The Avalanches nominated for Australian ‘Mercury prize’

Nick Cave’s latest album, Skeleton Tree and The Avalanches’ long awaited comeback album Wildflower are both in contention for the Australian Music Prize.

The award, which is modelled on the Mercury Prize, is judged by a panel of music industry insiders and the winner receives a A$30,000 prize.

Last year’s winner was Courtney Barnett with her album, Sometimes I Sit and Think, and Sometimes I Just Sit.