UK unemployment falls to 1.6 million and other business stories 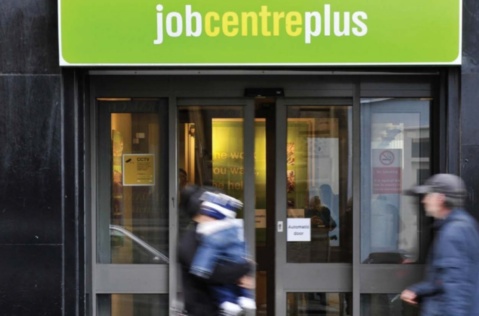 Official figures show that in the three months to November, UK unemployment fell by 52,000 to 1.6 million.

The Office for National Statistics say the jobless rate is steady at an 11-year low of 4.8%. 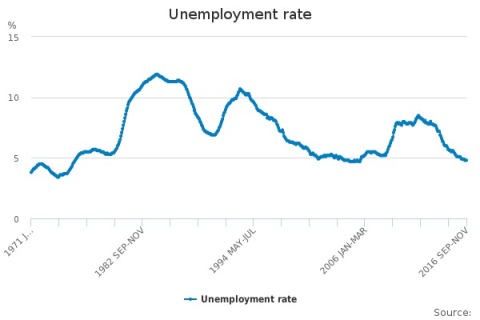 Employment minister Damian Hinds has described the the figures as encouraging.

He has highlighted the ‘strength and resilience’ of the UK labour market.

EE Have been fined £2.7 million for overcharging customers.

After an investigation into the mobile phone provider, Ofcom has fined EE for overcharging tens of thousands of customers.

In its report, Ofcom concluded that there were two main faults founds.

Firstly customers who called the company’s 150 customer services number while roaming within the EU were incorrectly charged as if they had called the US.

EE didn’t take enough care to ensure that its customers were billed accurately. This ended up costing customers thousands of pounds, which is completely unacceptable.

We monitor how phone companies bill their customers, and will not tolerate careless mistakes. Any company that breaks Ofcom’s rules should expect similar consequences.

Proceeds of the fine will be passed on to the Treasury.

We have today fined EE for overcharging thousands of its customers. Find out more: https://t.co/embYX6Au0l pic.twitter.com/TtWdc6q4uk

In his last speech as US Vice-president, Joe Biden, told an audience at Davos that the world’s wealthiest do not pay enough tax.

He joked that once he left office, he would ‘start to say what I think’.

He also went on to warn of the dangers of Russia ‘meddling’ in the recent US election.

He said Europe should be prepared for similar attacks in upcoming elections.

.@VP Biden told the World Economic Forum in Davos, Switzerland that Russian President Putin is trying to undermine the U.S. and Europe. pic.twitter.com/oKiOmizMWg

The company is accused of giving donations to not for profit organisations run by  a friend of impeached South Korean President Park Geun-hye.

The scandal has gripped South Korea.

This latest development will come as a blow to the electronic giant Samsung who are South Korea’s largest company.

Mr Lee is currently being held in custody until the Court decision on Thursday.

Samsung have denied any wrongdoing.