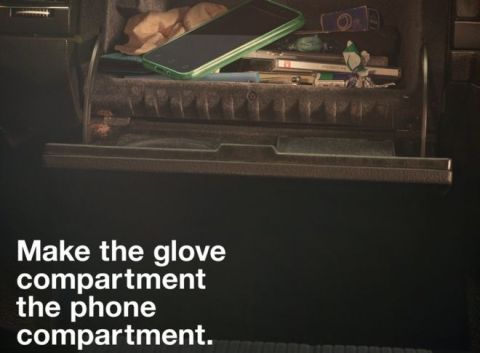 From today, drivers caught using their phone will receive six points and a £200 fine, doubling the previous punishment.

This means new drivers who receive six points or more within their first two years could lose their licence and be forced to retake both the practical and theory driving tests.

You wouldn’t ever drink and drive. But 20% of drivers admit to doing something even more dangerous… @TheAA_UK pic.twitter.com/8R2GceQzUh

In London there will be a dedicated approach from the Met’s Roads and Transport Policing Command (RTPC) to catch offenders.

It comes as figures show that between April 6 last year and February 27 there were a total of 9,560 mobile phone offences in London.

We will use a variety of tactics to deal with drivers who present a risk to other road users.

Using a hand-held mobile phone whilst driving means a driver’s attention is distracted from the road and is, after speeding, probably the most dangerous thing a driver can do – leading to people being killed and injured on our roads.

We’ve stopped a driver who was seen on his mobile. New £200 fine and 6 points being issued… @MPSRTPC @metpoliceuk @BBCRadioLondon pic.twitter.com/Kta68VVrpH

An advertising campaigned has also been launched alongside the law change.

Developed by the government’s road safety group Think! and the AA Charitable Trust, it will be shown at cinemas, billboards, radio and social media:

For more information about the law visit the THINK! website