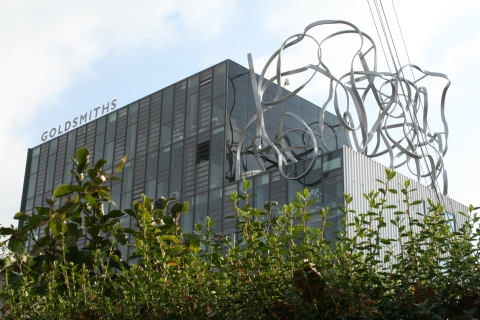 The results are in for the 2017 Goldsmiths, University of London student elections.

With four new full-time student officer and additional part-time officer posts being filled, many new promises have been made for the following academic year.

Goldsmiths has experienced its highest voter turn-out this year with 1,642 students participating.

It’s results time in the SU tonight. We’ll be announcing the winners of the student elections… https://t.co/9FS3FKK3J9

However, with a student body of over 9,000 why are more students apparently not interested in the politics of their student union?

Should an organization created by, and for, students, the Student Union do more to succeed in engaging with the majority of the student population.

Londonmultimedianews.com correspondents Nora Hoel and Caroline Ferguson asked Goldsmiths students how they felt about student politics and what policies inspired them to vote.

And we spoke to two newly-elected officers, Taylor McGraa and Joseph Tema, to find out what inspired them to take part in student politics.

If you want to get involved in student politics at Goldsmiths, visit the Goldsmiths student union at goldsmithssu.org or tweet them @goldsmithssu

Text and multimedia by Caroline Ferguson and Nora Hoel