This is a five minute feature exploring the salty, dark world of flotation tanks. 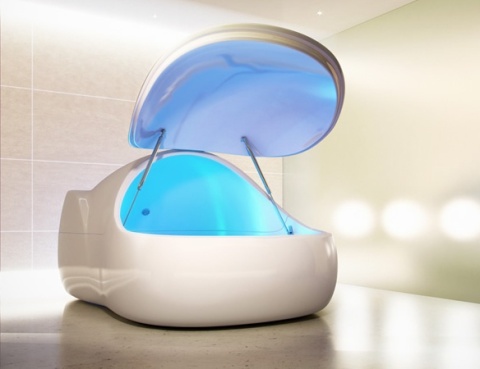 It features the stories of three people.

The first is Kit, a poet who has never experienced anything like it.

The second is Chris, the owner of FloatWorks, where Kit tried the experience.

The third is Matthew, an art dealer who floats weekly.

The ‘sensory deprivation’ effect is produced by using high quantities of epsom salts into water causing the body to become buoyant – similar to the Dead Sea.

The water is then heated to skin temperature so your body doesn’t quite know where water ends and air begins.

The pod is then completely shut with no outside light coming through.

So then you float through space – for an hour.

Does that sound appealing or terrifying to you?

Close your eyes and listen to find out more.