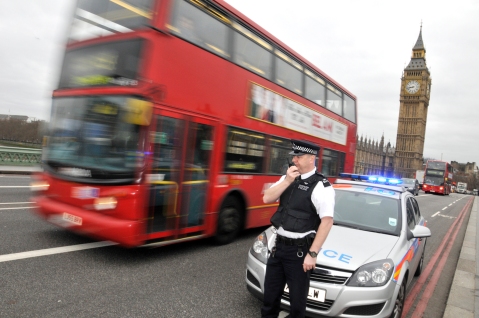 Phase eight of the Operation Spectre will work with schools against habitual knife carriers.

This week dedicated Safer school officers will work directly with students to divert them from knife crime.

Over 900 activities are scheduled around London to highlight the dangers and potential consequences of carrying a knife.

So far officers have reached more than 14,000 youth around London.

Three suspects are being questioned by police after the murder of Guy Hedger.

One man is being held on suspicion of aggravated burglary and murder.

Guy Hedger was a 61-year-old marketing executive who was shot dead at his home in Ashley, Dorset in front of his husband of 12 years.

The Trust have said Guy Hedger was ‘a truly lovely person.’

Police are appealing for any information about the incident last Sunday at 3 am.

Two men and a woman arrested in connection with the murder of Guy Hedger killed during alleged burglary on his homehttps://t.co/laUFzzLlqa

Francesco Totti will retire from playing for Roma at the end of the season.

The 40 year old football player is expected to take on a new non-playing role in the club.

Monchi said that he was aware of an agreement that this would be Totti’s last year as a player, but that it was was important to keep him in the club due to his vast knowledge of the sport.

Francesco Monchi is expected to continue as a director in the football club.

Francesco Totti’s final game will be #ASRoma v #Genoa on May 28 at the Olimpico. https://t.co/cAhpqzFngx pic.twitter.com/tvYoyXOWOu

JK Rowling has apologised for killing off Professor Snape in the final Harry Potter book.

The apology from the author came on the anniversary of the final battle at Hogwarts.

The tweet sparked a debate amongst fans who disagreed with the author’s decision.

Professor Snape has been considered a questionable character, known for bullying Potter throughout the books.

Rowling has previously apologised for the death of characters Remus Lupin and Fred Weasley.

OK, here it is. Please don’t start flame wars over it, but this year I’d like to apologise for killing (whispers)… Snape. *runs for cover*