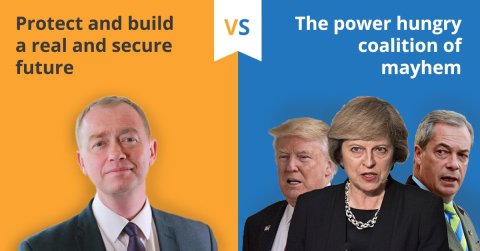 The Conservatives’ election rivals have responded to the news that the Crown Prosecution Service has not found any reason to bring criminal charges over alleged misuse of expenses in the 2015 General Election campaign.

Jeremy Corbyn, leader of the Labour Party, said he was ‘surprised’ at the move not to prosecute.

Armed police arrested him one month after the terror attack in Westminster in which six people were killed.

Mr Ali was born overseas, but grew up in North London.

He did not enter a plea to any of the three charges he faces.

Elusive street artist Banksy reveals a new mural in England of a worker chipping a star from the European Union flag https://t.co/JSU5weYtG3 pic.twitter.com/Sk1eZrLSqk

The owners of a building with a Banksy mural showing a workman chiselling a star from the EU flag say it may be be removed.

The Godden family, who own the building in Dover, are looking at options to sell the artwork to the Bankrobber Gallery in London.

The Goddens are hoping to give the proceeds from the sale to local charities in Dover.

The world-record transfer of Paul Pogba from Juventus to Manchester United last year is to be investigated by the football world governing body, FIFA.

Fifa is looking ‘to seek clarification’ on the deal, which saw the France international swap Turin for Manchester for a total of £89.3 million.