Community rallies for the victims of the Grenfell Tower fire disaster 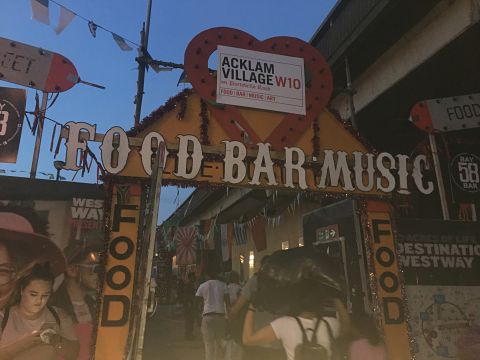 The community in West London has come together to support the victims of the Grenfell Tower fire.

Two ladies who brought toiletries and other goods in lovely gift bags so it would create more dignity. So thoughtful pic.twitter.com/h2ZEYiQNtN

Many have travelled from all over London to show support and unity, with churches, mosques, and community centres taking donations and providing accomodation to those affected by the inferno.

Volunteers have said that there has been such an overwhelming response to the aid needed that people have been turned away from centres.

Many have reached the capacity of what they can take.

I spoke to some who had made donations to Ackhlam village.

They explained: ‘We have come together as one, regardless of our race or religion, but as one to help those affected by this catastrophe.’

I also spoke to a volunteer at Acklam village:

It’s been officially declared that the fire that started in the early hours of Wednesday has claimed at least 30 lives.

Metropolitan Police Commander Stuart Cundy says: ‘The current number of fatalities is at least 30. The figure of 58 are those that are missing and I have to assume are dead.’

However, members of the community have disputed this amount fearing that the numbers are far greater and that the figures are being ‘micro- managed.’

Centres are currently seeking volunteers to help them organise the overwhelming amount of donations and distribute them to those who need it.

Donations piled up in a community centre.  Image: Sharde Cummings

Prime minister Theresa May has said that support for families who needed help or basic information after the Grenfell Tower fire ‘was not good enough.’

She has vowed to ensure all those affected can be found a home nearby within three weeks and that more staff would be available on the ground and on phone lines to provide help.

The Kensington and Chelsea Foundation have set up funding pages.

If you would like to volunteer contact local community centres in the Borough who will be able to advise you where help is needed daily. 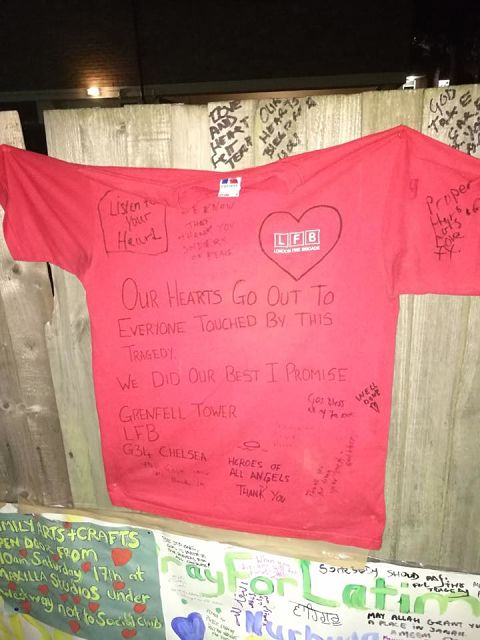 😭😭😭 A message on a T-shirt from fire fighters Image: Iona Ruhomon