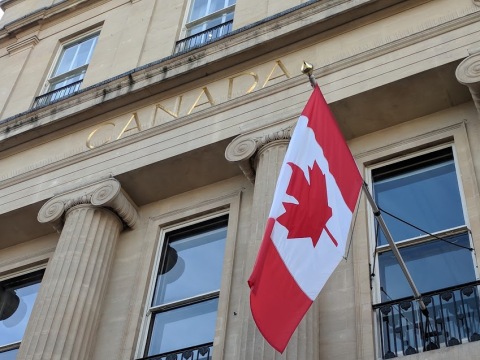 A farmer in Saskatchewan, western Canada, has been acquitted of the murder of Colten Boushie, a 22-year-old indigenous man.

The outcome of the trial is causing a lot of controversy, revealing the divide between some indigenous and non-indigenous communities in Canada.

The shooting of Colten Boushie is also attracting international attention, including a tweet from Bernice King, the daughter of civil rights activist Martin Luther King Jr.

A painful reminder that racism & systemic injustice are world issues, not just American issues. Colonialism leaves in its wake death & destruction across the globe. The more we shun change, the more death & destruction comes. You matter, #ColtonBoushie. https://t.co/6AzZheleQ2

The incident took place on the 6th of August 2016, when Colten Boushie, his girlfriend Kiora Wutunee, and three friends Cassidy Cross-Whitstone, Eric Meechance and Belinda Jackson, were driving from Saskatchewan River.

They were travelling back to the Cree Red Pheasant First Nation when they discovered their SUV had a flat tire.

They decided to stop at a farm near Biggar, Saskatchewan, where Colten Boushie and his friend Eric Meechance got out of the SUV.

The owner of the property, Gerald Stanley, believed that the two young men were trying to steal an ATV quad bike.

Colten Boushie and Eric Meechance got back into the SUV and tried to drive away, but crashed into Gerald Stanley’s car.

Mr Stanley’s son, Sheldon, ran back towards the farmhouse, while Gerald Stanley went to his shed to fetch a handgun, and fired two warning shots.

Eric Meechance and Cassidy Cross-Whitstone fled from the SUV, leaving Colten Boushie and the two young women inside.

Colten Boushie was killed by a bullet from Stanley’s gun, which hit him in the back of his head.

The Royal Canadian Mounted Police were criticised for their press release a day after the shooting, which said that three occupants of the SUV had been taken into custody as part of a related investigation into theft, but no charges were ever laid.

The RCMP have also been criticised for their treatment of Colten Boushie’s family following the shooting.

They surrounded his mother’s trailer, searched her property, and asked members of the family if they had been drinking.

The RCMP later said that their officers were not guilty of any misconduct.

Gerald Stanley’s trial began on the 30th of January at the Court of the Queen’s Bench in Battleford, Saskatchewan.

According to Professor Dwight Newman, Research Chair in Indigenous Rights at the Univeristy of Saskatchewan, the jury selection for the trial has come under scrutiny:

The main criticism that has resonated is that there were no indigenous jurors on the jury, and that arose because of the way the defence counsel had used ‘peremptory challenges’ to pick the jurors without needing to explain those exclusions.

During the trial, the court heard that the RCMP had left Colten Boushie’s SUV in the rain with the door open, meaning that forensic evidence was compromised.

Gerald Stanley claimed that the shooting was a “freak accident”, whereas the Crown argued that he should be held responsible for Colten Boushie’s death.

On the 9th of February, the jury did not convict Gerald Stanley of second-degree murder or manslaughter; instead, they acquitted him of both charges.

Throughout the investigation and trial, Canadians and people across the world have been divided on the issue of Colten Boushie’s death.

A rural councillor who later resigned commented on Gerald Stanley’s case: ‘In my mind his only mistake was leaving three witnesses.’

In a Facebook post, Saskatchewan Premier Brad Wall condemns the ‘racist and hate-filled’ comments on social media which relate to the shooting.

Professor Dwight Newman describes how comments like these have highlighted issues of indigenous rights in Canada:

This case, for some, has been a bit of a wake-up call that there are attitudes out there that aren’t fitting very well with reconciliation, with some of the public comments that have been offered on the case. And some indigenous commentators have suggested that there needs to be a lot of awareness raised among Canadians more broadly about the situation of indigenous Canadians before there are real prospects of reconciliation. I think it’s a case that has caused people to ask a lot of questions.

After the verdict was announced, Colten Boushie’s family went to Ottawa to protest issues arising from the case.

More than $85,000 has been raised by friends of the family to support Colten Boushie’s relatives and to help with the campaign for indigenous people’s rights.

Prime Minister Justin Trudeau has met with Colten Boushie’s family and has spoken in the House of Commons about the need for better representation of indigenous people on juries.

There is also a GoFundMe page for Gerald Stanley and his family which has raised over $20,000, but an international advocacy group called SumOfUs has set up a petition for the page to be removed.

Gerald Stanley still faces charges of improperly storing firearms and will be tried in North Battleford Provincial Court next month.

Categories: Crime & the Law, International, Justice and the Law, News