Spare a thought for the robin during the cold spell 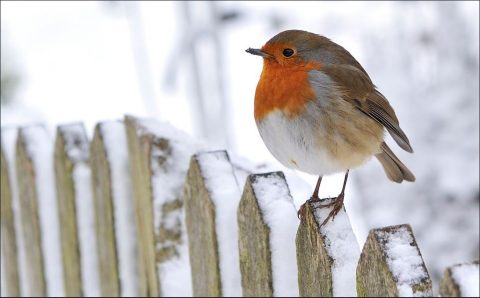 During the bitter cold spell this week, it’s not just us who’s feeling the chill.

The life of the celebrated red-breasted Robin hangs in the balance every day in a harsh winter.

These birds usually live around two to three years.

However, a small number have survived over a decade.

The oldest has a recorded life of eleven years and five months.

Less than forty percent of them survive the first year, often succumbing to cold winter weather, and scarce food supply.

On a cold night, they can burn up to ten percent of their body weight to keep warm.

Finding food to replenish their insulating fat reserves is critical. 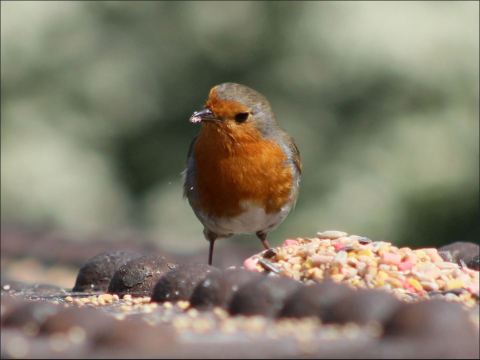 This problem is worsened by snow, which hides any lying food and berries.

Human intervention can help; bird tables can make a huge difference to Robins in urban areas.

Not sure if you have Robins in your garden?

European Robins are pretty easy to identify as they have distinctive orange plumage on their chest and head.

They also have grey-brown plumage on their back and tail, whilst the belly and underside is white.

They have a unique birdsong as demonstrated in the recording below:

Did you know, Robins have strong cultural connections in British folklore?

In the Victorian era, postmen were nicknamed ‘Robins’ as part of their tunic was red.

So when Christmas cards first became popular they were delivered by ‘Robins’.

This connection has endured, which is why we tend to see these iconic birds on Christmas cards.

As well as being delightful to listen to and look at, Robins play an important role in urban garden life.

They eat insects that damage prize blooms and vegetable crops.

And did you know that Robins sign a melancholy tune in winter, and a chirpier tune in spring?

Spare a thought (and a crumb) for your friendly garden Robins this winter and they may reward you with their chirpier tune.