Gun salute celebrates birth of royal baby, and other stories 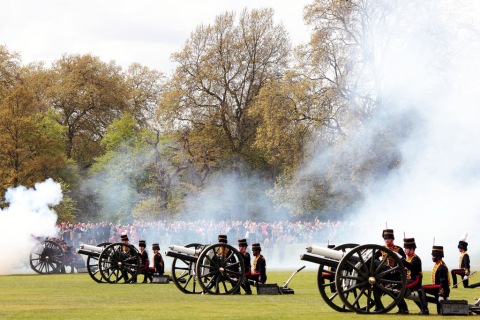 The new prince was honoured in the traditional fashion by a gun salute in Hyde Park and at the Tower of London this afternoon.

The prince is the Duke and Duchess of Cambridge’s third child.

The family have now retired to Kensington Palace.

Gun salute for the #RoyalBaby at the Tower of London… scared the crap out of everyone when they first started 😂 pic.twitter.com/uBUnntkPop

Newspaper editors have been called to give evidence to the Commons Home Affairs Committee on hate crime.

The subject of the hearing is the media’s treatment of ethnic minorities.

Trinity Mirror, Associated Newspapers and Telegraph Media Group will all be in attendance and providing evidence.

The UK’s anti-slavery watchdog has been studying hand car washes in the UK amid concerns over modern slavery.

Our reporter Chris Janes has been looking at the safety and environmental impact of the industry.

Leeds United announces plans to go ahead with Myanmar tour

The football team has announced that it will be going ahead with two post season matches in Myanmar, despite the country’s ongoing upheaval.

Leeds United is scheduled to play on 9th and 11th May against a Myanmar National League All-Star team in Yangon, and the country’s national team in Mandalay.

The Foreign and Commonwealth Office has issued several warnings about travel to the region.

Earlier this year the United Nations described attacks against the Rohingya Muslim population in  northern Rakhine province as a ‘textbook example of ethnic cleansing’.

Despite these concerns, Leeds’ managing director Angus Kinnear is optimistic about Myanmar’s future relationship with football.

According to a new study published in the British Medical Journal, one in five cases of PMS in European women may be caused by alcohol consumption.

Drinking alcohol was associated with a ‘moderate’ increase in the risk of premenstrual syndrome, with heavy drinkers experiencing worse symptoms than those who drink little.

Nina Kruse has been investigating for London Multimedia News.