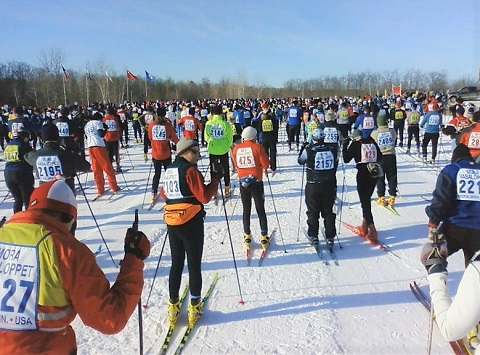 If you enjoyed when London was covered in snow thanks to the Beast from the East, then perhaps your inner snowman should come forth and head north – to participate in the oldest cross-country ski race in the world, Vasaloppet. 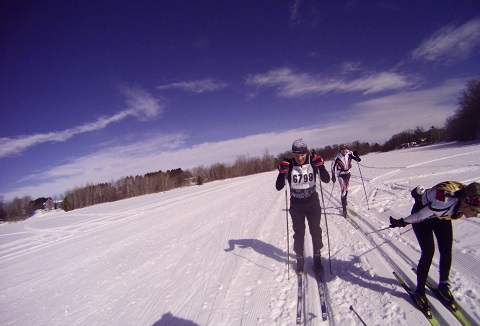 Every year 65,000 men and women travel from all over the world to join the festivities surrounding the annual 90 kilometre long distance race on a route through the winter wonderland between Mora and Sälen in Northern Sweden. 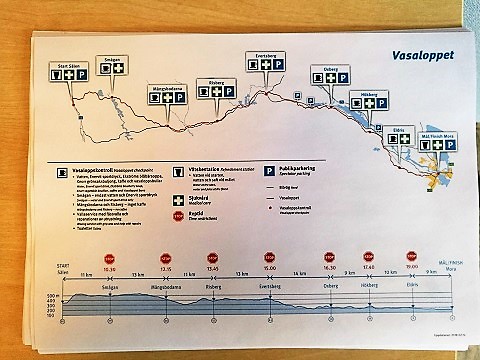 Map showing the 90-kilomtre route from Sälen to Mora. On the marked stops, skiers are served with a traditional cup of blueberry soup. IMAGE: Mohammed Ali Ftouni

It all started in 1521, when an aristocrat called Gustav Eriksson travelled from Sälen to Mora to lead the rebellion against Danish king Christian II who at the time ruled the country.

When the Danish king was defeated two years later, Gustav Eriksson was crowned Gustav Vasa, king of Sweden, and the country has been independent ever since.

Vasaloppet, meaning the Vasa race, started in 1922 as a celebration of his journey. Today,  it’s a folk fest as much as a competition.

Mohammed Ali Ftouni, 27, is one of the 15,000 who participated in the main competition even though he, like many Londoners, had limited experience with cross country skiing.

He comes from Malmö in the south and explains that ‘It’s like a thing you have to do in Sweden, it’s a tradition’.

In fact, he had never set foot on a pair of skis just a month before the race but refused to be discouraged by friends who said he was crazy to participate after having trained only on roller skis.

Instead, Mohammed Ali Ftouni embraced the ‘ultimate challenge’ and headed up north with a team of skiers who raised money for cancer prevention, they managed to collect approximately £1,300 through crowd funding. 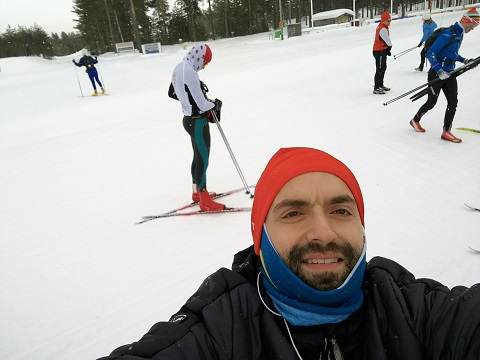 The classic 90 km stretch was, for a long time, the only Vasaloppet race but today there are sixteen different events, everything from the night race to the children’s competition, that all run along the historic stretch between Sälen and Mora.

According to Mohammed Ali Ftouni, who competed in the classic race, standing at the starting line of Vasaloppet was one of the greatest experiences of his life:

The start was one of the coolest thing that I’ve ever seen actually, you can only imagine 15,000 people standing on the start line and moving towards the same goal. It gave me goosebumps.

Unfortunately the weather wasn’t the best, a big snow fall made the ground soft and the tracks hard to ski. Mohammed Ali Ftouni said that the 9 hours and 45 minutes he spent on the tracks were ‘extremely tough to handle’:

I made it 71 kilomitres, unfortunately there are seven different depots that you need to pass in a certain time and I didn’t make it to the one before the last. I was five minutes late so they took me off the race.

He was ‘frustrated’ at the time, but quickly decided to be proud of his achievements:

I’m feeling quite good and have actually already signed up for next year. So, I’m going to go next year and finish it off. I think next year will be a bit easier because now I have the experience.

Next year, Mohammed Ali Ftouni hopes to see some more Britons on the tracks and thinks that it would suit even the most newbie Londoner:

I don’t know how much of a skiing tradition there is in Britain but I definitely think they could make it. Just give it a try!

Feel inspired? Here is a video by the the Guardian showing Britons take to their skis after ‘The Beast from the East’ hit Britain: