Knife crime on the streets of London has hit new heights of late.

Figures from the London Metropolitan police suggest there has been a 16% increase in reported crimes during the 2017-18 fiscal year. 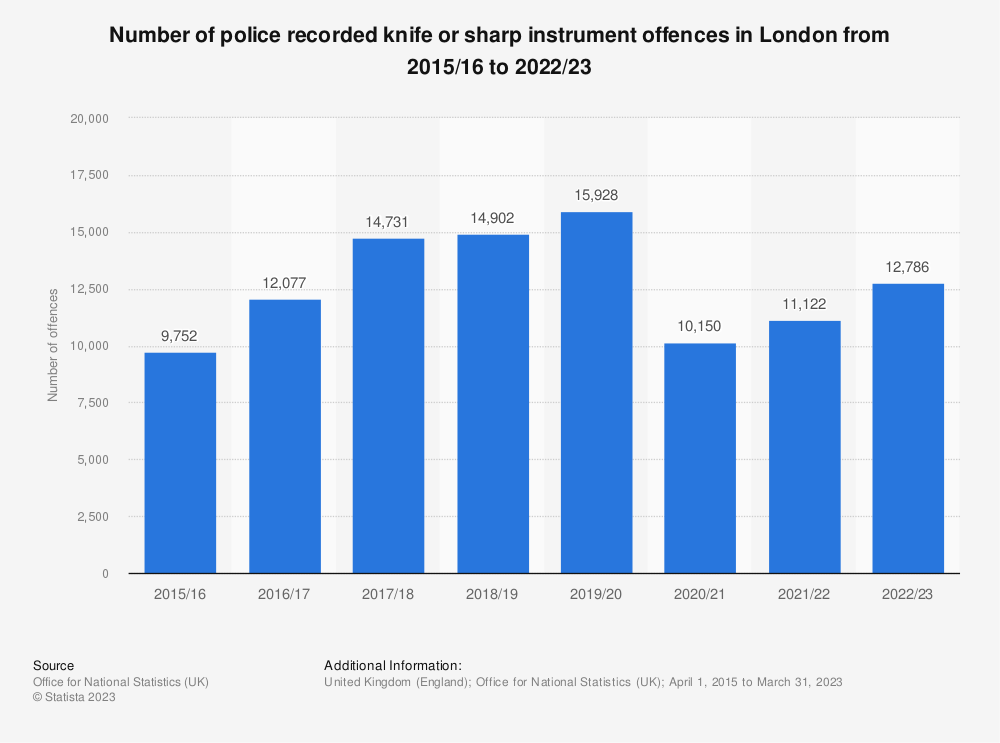 This year has already seen a number of high-profile stabbings across London.

On the 5 January, a mother was critically wounded and two men – one of them her husband – were inflicted with non-life-threatening knife wounds in Leyton, East London.

Most recently, on 14 January, a teenage boy was beaten and stabbed on Lewisham High Street whilst walking to school.

London Mayor Sadiq Khan introduced new measures to try and tackle knife crime back in April 2018, yet the crux of the problems remains very much established across London.

Violent crime has no place in our city, and I’m determined to do everything I can to keep Londoners safe. Our Violent Crime Task Force officers work across the capital daily, carrying out weapons sweeps and taking dangerous criminals off our streets. https://t.co/sJkKIadP4N

Many feel let down by the current government’s inefficiency in dealing with the issue:

I was at tulse hill station just the other day. Knife crime in London needs to stop ffs. Create a force more powerful than the police, hidden faces and give them power to strip search everyone and anyone. No matter black or white.

Dear MP’s instead of Brexit today, why don’t you do something about the terrible knife crime issues in London….Brexit can wait