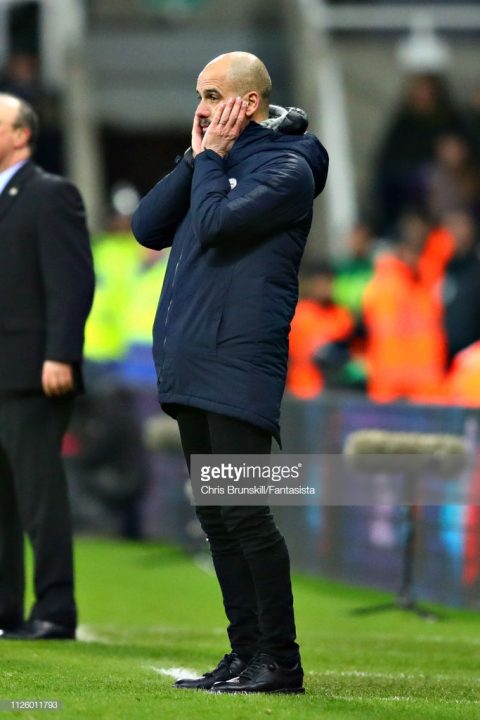 Pep Guardiola has admitted that his Manchester City team face an uphill struggle to make up ground on league leaders Liverpool.

After Tuesday night’s 2-1 defeat to Newcastle, the title holders are four points behind and face a tricky run of fixtures in February, with Arsenal and Chelsea the next two visitors to the Etihad Stadium.

Guardiola acknowledged that City have to win a ‘lot of games’ to give themselves a chance of winning the Premier League title, but says the club have to accept the challenge.

Liverpool will go seven points clear if they defeat Leicester at home on Wednesday evening.

Conor McGregor has been banned for six months from UFC and fined $50,000 following an investigation into the post match brawl which overshadowed his fight against Khabib Nurmagomedov.

After the fight was won by Nurmagomedov, the scene quickly descended into chaos as the Russian threw his gumshield towards McGregor’s corner and jumped into the crowd to attack someone from the Irishman’s team.

McGregor’s Russian opponent received a $500,000 fine and was banned for a total of nine months.

I am thankful for the Nevada athletic commissions fair assessment and handling of the brawl incident.
It was not my intention to land the final blow of the night on my opponent’s blood relative. It’s just how it played out.
I look forward to competing again soon.
Thank you all.

The occasion will be a particularly significant one for Romain Ntamack – it has been announced that the 19-year-old centre will be making his full international debut for Les Bleus.

The weekend’s other fixtures see Italy travelling to Scotland and Ireland facing England in Dublin.

Ireland are the bookies’ favourites going into the tournament, having achieved the Grand Slam last year.

A League Two goalkeeper has tweeted the aftereffects of a particularly harsh collision with the boot of an opposition player.

The clash with Mansfield right back Gethin Jones also resulted in a large facial wound and a severe cut on his lip.

Montgomery joked in his tweet that he would be raising money for new teeth via a Justgiving page.

On way to hospital, setting up a just giving page if anyone wants to help me pay for my new teeth.. good point and well done to the lads on coming back from behind!