Dwain Chambers to Return at age 40 and other stories

Dwain Chambers to return at age 40 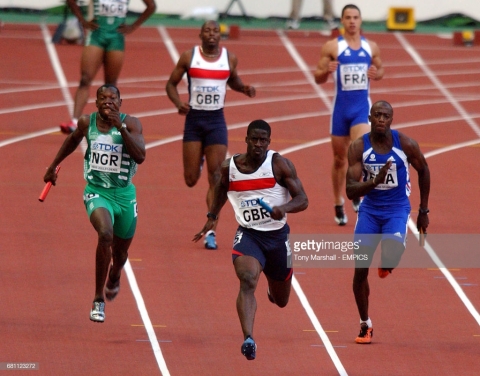 Former world indoor champion Dwain Chambers is to make his return to athletics at age 40.

Chambers has been announced as a participant in the British Indoor Championship this Saturday.

The athlete last ran for Great Britain in 2014 and has tried his hand at American Football during his ban from professional running. 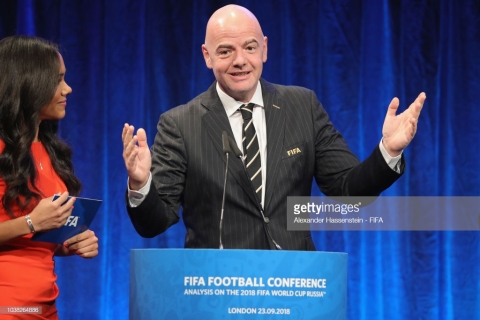 With nominations closed, Gianni Infantino is the only candidate standing for the presidency of FIFA in its June 5th election.

The 48-year-old Swiss Italian only need now pass a FIFA eligibility and integrity check before beginning a second term.

Taking over from Sepp Blatter, he began his presidency with governance reforms and oversaw a decision that will expand the World Cup from 32 to 48 teams from 2026.

A final decision on a proposal to expand the Qatar World Cup in 2022 will be made in Miami next month.

West Ham have announced an investigation after a video emerged of a fan racially abusing Liverpool
forward Mohammed Salah during Monday’s 1-1 draw.

The footage shows fans taking aim at Salah’s Muslim heritage in an effort to unsettle the Egyptian.

In a statement, West Ham said they have ‘a zero tolerance policy to any form of violent or abusive behaviour’.

It continued: ‘Anyone identified committing an offence will have their details passed to the police and will face a lifetime ban from the London Stadium.’

Wimbledon champion Petra Kvitova has appeared in court in Brno, describing the knife attack she suffered when her home was broken into in December 2016.

A 33-year-old man is charged with her assault.

The attack left her with injuries to her left (playing) hand, though she returned to competition in May 2017.

She gave her evidence via microphone and camera to avoid sharing a room with the suspect.

The man faces up to 12 years in jail if convicted.