Trump’s State of the Union and other stories

United States President, Donald Trump, announced that he will host a second summit with North Korean dictator Kim Jong-un, in his State of the Union speech on Tuesday.

The leaders will meet to discuss a plan for North Korea’s nuclear disarmament at a two day meeting which is currently scheduled to take place in Vietnam on the 27th and 28th February.

In his address to the nation, themed ‘Choosing Greatness,’ the US President also called for greater collaboration between Democrats and Republicans, a tone which was at odds with his comments stressing the need for a border wall – something Democrats have steadfastly opposed.

Trump’s primetime address came less than a fortnight after he agreed to end the longest ever US government shutdown.

As @realDonaldTrump discusses the economy, remember: his #TrumpShutdown held the paychecks of 800,000 Americans hostage, creating an shockwave felt in families and communities nationwide. #SOTU https://t.co/Dn8eIwCa1W

An agreement has been signed between NATO states and the Republic of North Macedonia, making the Balkan nation the military alliance’s 30th member.

[LIVE NOW] 🎥 Tune in to watch all #NATO Allies sign the accession protocol with 🇲🇰 https://t.co/uC6mQPc0FB

In January, the Greek parliament ended a 27-year old dispute over the name of its neighbouring country, opening doors for the small European nation to formally join NATO.

Greece, which has a northern territory by the same name and houses the city of Thessaloniki, considered Macedonia’s use a historical affront.

In order to join the military alliance the country of Macedonia agreed to change its name to the Republic of North Macedonia.

Macedonia’s Foreign Minister, Nikola Dimitrov, said that the name change will take place ‘in a matter of days’ following the signing of the accession protocol.

On a papal visit to the United Arab Emirates, Pope Francis told reporters that nuns had been subjected to abuse by priests and bishops.

Pope Francis has for the first time publicly acknowledged the scandal of priests and bishops sexually abusing nuns and says he committed to doing more to fight the problem. https://t.co/RjocNj5VqU

‘It’s true, within the Church there have been clerics who have done this,’ he said. ‘And I believe that it may still be being done.’

Pope Francis said that the Church has ‘been working on this for a long time,’ and alluded to Pope Benedict XVI’s dissolution of a women’s congregation where nuns were subjected to ‘slavery, even sexual slavery.’

Pope Francis has been under increased pressure to address sexual abuse scandals within the Church, especially the abuse of children.

In August 2018, an Archbishop and former Vatican ambassador called for the Pope to resign over his mishandling of sex abuse allegations. 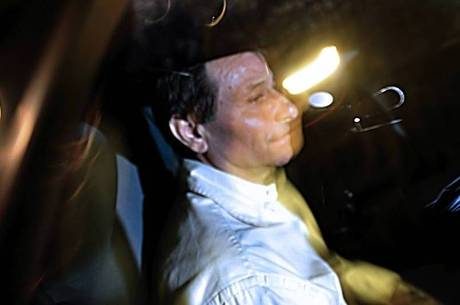 An official investigation into Italy’s Minister of the Interior, Matteo Salvini and Minister of Justice, Alfonso Bonafede, began on Wednesday.

The investigation seeks to discover whether the duo violated the privacy of Cesare Battisti, a miltant from the Armed Proletarians for Communism.

Mr Battisti was extradited to Italy in January 2019 by Brazilian President Jair Bolsonaro, after being detained in Bolivia.

The fugitive had spent close to 40 years on the run in France, Mexico, Bolivia and Brazil.

When the plane carrying Mr Battisti landed at Ciampino Airport on 14th January, Mr Salvini and Mr Bonafede shared footage on social media of the suspect exiting the aircraft, potentially violating his right to privacy.

Mr Battisti has been charged with murder and accessory to murder.