US opposition to Huawei’s 5G plan and other stories

‘No safe level’ of involvement with Huawei 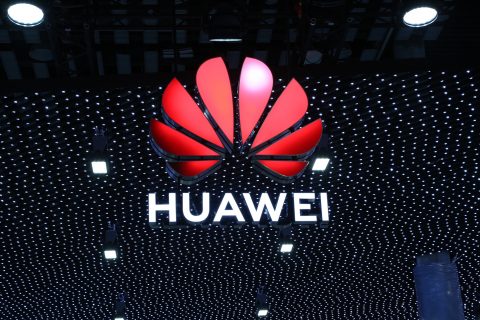 The Chinese tech giant has come under heavy recent opposition from the US government. Credit: Huawei Press Center.

United States officials have warned that they will re-evaluate intelligence co-operation with other countries if they decide to use Huawei to build their 5G networks.

Senior government official Rob Strayer said any such role for the firm posed an ‘unacceptable risk’ to security.

Last week, a leak from the UK’s National Security Council indicated the government had decided to allow the Chinese telecoms giant to have a limited role in bringing 5G to the UK.

The US expressed serious concerns at the time and, along with Australia and New Zealand, it believes the Chinese firm is a security risk because of its ties to the state.

Prime Minister Theresa May’s official spokesman said ‘our position has always been that where national security concerns arise in any foreign investment, the government will assess the risks and consider what course of action to take.’ 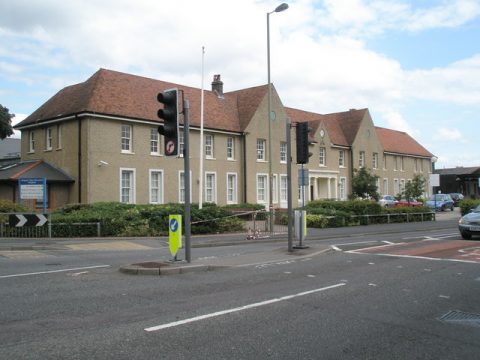 Police have launched a criminal investigation into the deaths of hundreds of patients at Gosport War Memorial Hospital due to over-application of painkillers between 1987 and 2001.

A Kent and Essex Police inquiry had previously revealed that 456 patients had died after being given too many painkillers during this period, with the new investigation examining over 650 cases.

Three prior investigations by the Hampshire Constabulary into 92 of the deaths resulted in no charges being brought.

Assistant Chief Constable Nick Downing, head of serious crime at Kent and Essex Police, had previously met with relatives of the victims and said he hoped the fresh inquiry would be “some comfort” to them.

This comes after a 2018 report by the Gosport Independent Review Panel found there was a ‘disregard for human life’ at the Hampshire hospital, where staff were dealing out amounts of medication that were not clinically justified.

Only in the #NHS, could the terrible things, that took place at Gosport War Memorial Hospital, have happened. Patients were murdered & yet managers didn’t want to know. I fear the thought of going into hospital, as should everyone in the UK. You might end up being killed. 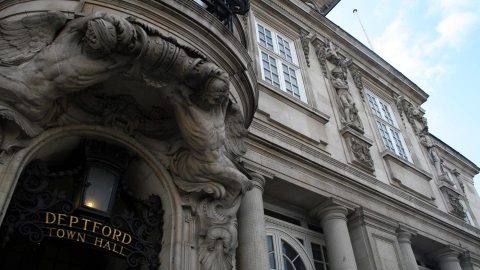 The exterior of Deptford Town Hall, where the occupation has been taking place. Credit: Goldsmiths, University of London.

A student occupation of a university building in the London borough of Lewisham has reached its 50th day.

The protesters have occupied Goldsmiths’ Deptford Town Hall on New Cross Road since 12 March, in opposition to what they deem to be a ‘lack of anti-racist action’ by senior management officials on campus.

The catalyst for the Goldsmiths Anti-Racist Action campaign was an incident during the university’s Students’ Union elections, in which it is alleged racist graffiti was daubed on the poster of one candidate.

However the occupiers believe this to be endemic of a wider institutional culture of ‘ironclad coloniality … that subjugates its BAME students, staff, and workers alike’.

In a publicly available ‘occupation manifesto’, the students have outlined a wide range of demands, including a university-wide strategic plan into tackling racism, the removal of statues of ‘colonisers’ and a ‘slave ship’ from Deptford Town Hall, and the in-housing of all outsourced workers such as cleaners and security staff.

TODAY !!!
✨3PM: We’re celebrating and reflecting upon #GoldOccupy‘s 50TH DAY! 👊🏿👊🏽👊🏾 Join us for this very important occasion; we are the longest running POC-, Muslim-led occupation EVER at this university ☀️

Stars of The Crown set to make Old Vic debut

The Crown’s Claire Fox and Matt Smith will make their debuts at London’s Old Vic this upcoming theatre season.

The pair from the Netflix drama will star in Lucy Pebble’s adaption of A Very Expensive Poison, which premieres in September.

Matthew Warchus will direct the performance, in what will be his fifth season as artistic director.

Other highlights in the next run of productions at the theatre include Harry Potter star Daniel Radicliffe in Samuel Beckett’s Endgame.