London Bridge inquest and other stories 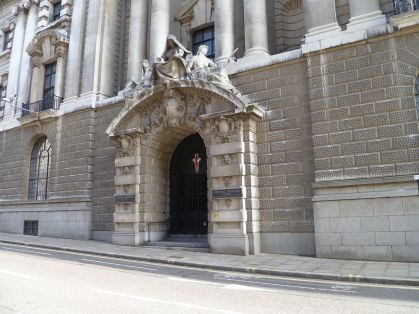 CCTV footage from the 2017 London Bridge attack was shown at the Old Bailey today.

The inquest, which began on Tuesday, included footage from the Black and Blue restaurant, where some of the stabbings took place.

The first day of the hearings also included statements and tributes from the victims’ families.

On 28 June 2017, Khuram Butt, Youssef Zaghba, and Rachid Redouane drove a van into pedestrians on London Bridge, before attacking passersby with kitchen knives.

They were fatally shot by police.

Eight people were killed, and 48 were injured.

Julia Webster reports on the beginning of the inquest from the Old Bailey.

In a recent statement released by the National Education Union, statistics show that there have been cuts per pupils in 91% of primary schools and 94% of secondary schools.

One school that has felt the effects of these cuts is Ashburnham Community School in Chelsea.

Calls for the term ‘festival tent’ to be banned

Over 250,000 tents get left behind in UK fields after festivals every year.

More than 60 independent festivals are campaigning for shops to stop marketing their tents as single-use items in an attempt to lower the amount left behind.

The Association of Independent Festivals (AIF) claim that the term ‘festival tent’ produces a ‘huge misconception about what happens to your tent’ which results in festival pollution.

Winchester-based festival Boomtown have also announced that they will not be using single use plastics, presenting their ‘Green mission’ in a twitter thread.

BREAKING: NO MORE SINGLE USE PLASTIC IN THE CITY!! 💚

It’s been a huge logistical operation and taken masses of work over the last few years to get us here but we’re so chuffed to finally announce this to the world!! (Read thread!)#OurWorldOurEnvironmentOurFuture pic.twitter.com/oEVSRyX7PO

Having changed their handle from @TheIndGroup to @ForChange_Now to reflect the party’s name, they discovered the perils of social media.

The old @TheIndGroup handle was seized upon by pro Brexit pranksters, who have changed the name to ‘Cringe UK – The Anti-Independence Group.’

Change UK announced the new handle and website, and acknowledged the old handle had suffered at the hands of ‘mischief’.

Our website’s updated to https://t.co/iYJkXKCIan & Twitter to @ForChange_Now! Sadly our former handle has been hijacked by someone making mischief. Our message is clear – politics is broken, we need to change it. We are arguing for a #PeoplesVote & for #Remain in these elections.