Jeremy Corbyn has launched the Labour Party’s campaign for the upcoming European elections, vowing to unite the country and heal the divisions caused by Brexit.

During a speech in Kent, Mr Corbyn addressed the contentious issue of a public vote, stating that Labour backed the policy if a ‘sensible’ Brexit deal could not be agreed.

Labour and the Conservative Party are currently engaged in cross-Brexit talks, which Mr Corbyn acknowledged were ‘difficult’ due to the government’s ‘red lines’ remaining in place.

The Labour leader’s pointed strategy of attempting to appeal to both leave and remain voters was at odds with the Liberal Democrats’ equivalent launch earlier in the day; Vince Cable’s party unveiled a ‘Bollocks to Brexit’ election signal. 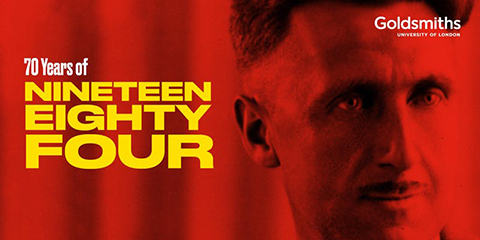 A day long event has celebrated the cultural and literary impact of George Orwell’s 1984, 70 years after the book was first released.

Goldsmiths, University of London hosted a series of talks that reflected on Orwell and his contribution to literature, politics, society and culture.

An afternoon of more interest could spill into an evening of conversation in nearby establishments? All welcome. Goldsmiths University of London. https://t.co/mRo0eu1EPa

The author was responsible for the popularisation of concepts such as ‘big brother’ and ‘thought police’.

Zoe Kilbourn was at the event for Londonmultimedianews where she spoke to keynote speakers, including George Orwell’s son Richard Blair:

US Attorney General in contempt of Congress

The US House of Representatives have voted to hold the US Attorney General William Barr in contempt of Congress for failing to release an unredacted version of the Mueller report.

This followed President Donald Trump’s decision to use executive privilege for the first time to block the report’s disclosure, which investigated Russian interference in the 2016 presidential election.

The released redacted version of the report concluded that there was no criminal conspiracy between Moscow and the Trump campaign – however it did detail 10 potential instances of obstruction of justice from the President.

The latest development follows news that Senate Intelligence Committee has separately subpoenaed the President’s son, Donald Trump Jr, legally summoning him for questioning on his links to Russia.

All London final in Europa League?

Arsenal and Chelsea will be hoping to follow the example of Liverpool and Tottenham this evening as they prepare for their respective Europa League semi finals.

Results at Anfield and in Amsterdam this week confirmed that the Champions League final will be contested between two English teams for the first time since 2008.

If Arsenal overcome Valencia and Chelsea defeat Eintracht Frankfurt tonight then it will be an English line up in the final of both major European competitions for the first time ever – as well as the first time a European final has had two London clubs.

Arsenal travel to Spain with a 3-1 lead from the first leg, while Chelsea and their German opponents are all square after drawing 1-1 in Frankfurt.