Tommy Robinson at the Old Bailey and other stories

Two high court judges have ruled that fresh proceedings can be brought against Tommy Robinson for alleged contempt of court over the filming of people involved in a criminal trial.

The Right-wing activist is standing as an independent in the EU elections, and appeared at the Old Bailey in London today. 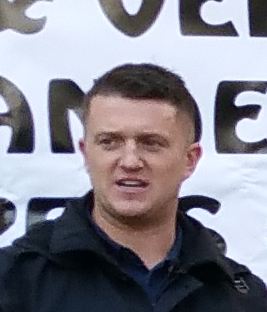 This issue relates to the ongoing contempt of court charge, which resulted in him spending two months in prison last year.

He made a short statement outside the court, telling his supporters that the case against him is ‘politically motivated’.

Leading defence QC Rajiv Menon called the decision to allow Robinson’s supporters to block the road outside the court ‘astonishing’.

Stevie Shillinglaw has the background on this story:

Britain’s overall unemployment rate has fallen to 3.8% in the first three months of this year, the lowest since the mid-seventies.

The female unemployment rate has gone down to 3.7%, the lowest it’s been since comparable records began.

The Office for National Statistics says that overall unemployment rates have been falling for the past five years.

They estimate that over 350,000 more people are in employment compared to this time last year, saying the increase is due to more people working full-time.

Callum Mclean reports on the impact of this trend:

A pub in New Cross is hosting its own alternative to the Eurovision Song Contest. 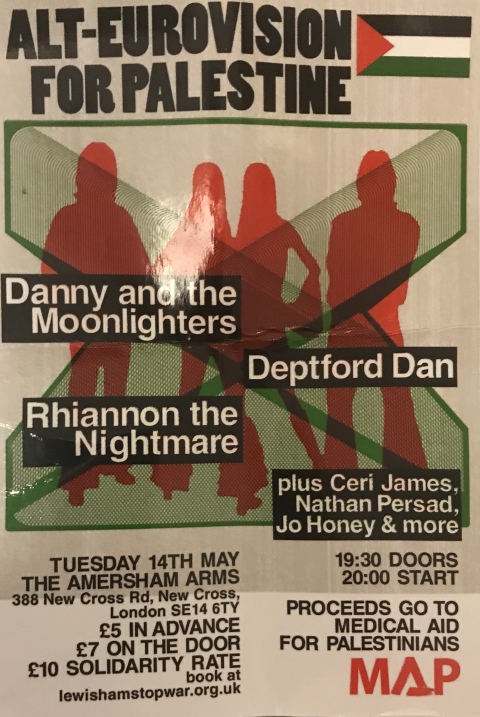 The Amersham Arms is hosting their very own Alt Eurovision for Palestine, organised by the Lewisham Stop The War campaign group.

As well as being a showcase for local music and a fundraiser for Palestinian aid charities, the event is also a protest against this year’s Eurovision Song Contest being hosted in Israel.

With recent fighting in Gaza, the most intense in the last five years, it is a particularly fraught time for the event to head to the Middle East.

The founder of Richer Sounds, Julian Richer, has announced that he’s handing control of the hi-fi and TV retail business to his staff, having just turned 60 years old.

He will transfer 60% of shares to the company’s 531 employees who will receive large cash bonuses.

Mr Richer says he was motivated by his own father’s death at age 60, and that the ‘time was right, rather than leaving it until I’m not around, to ensure the transition goes smoothly and I can be part of it’.

It’s an uncommon business strategy, similar to the one at John Lewis, and will be an opportunity for Mr Richer to thank ‘loyal, hardworking colleagues’.

Tim Roberts has more details on the pay-out to staff.