China opens up quarantine hospital for coronavirus patients and other stories 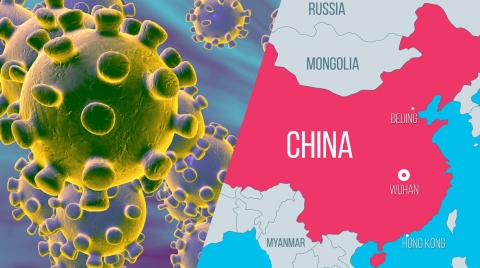 The building of a hospital in Wuhan China has been completed four months early to cope with the growing coronavirus crisis.

It was planned to open in May, but by Tuesday night it was ready to receive the first batch of confirmed and suspected coronavirus cases.

It will imitate the isolated hospital model pioneered by Beijing in 2003 when the SARS virus broke out.

Two more quarantine hospitals in Wuhan are under emergency construction and are expected to be ready for use on the 2nd and 5th of February.

A live video of the construction of the new hospital can be viewed from the link embedded in this line.

The first suspected case of coronavirus has been confirmed in Tibet.

Tibet is a high altitude region in China and it was thought that the province’s poor transportation infrastructure would limit any spread of the virus.

At present, suspected or confirmed cases have occurred in all provinces of China.

Medical support in Tibet is considered poor and patients have to face the dual challenges of respiratory diseases and altitude sickness.

As of Wednesday, there are over 6,000 confirmed cases in China and 132 deaths.

President Trump’s Middle East peace plan has been condemned by the Palestinians.

The proposals would establish Israeli control over an undivided Jersusalem and grant sovereignty over its settlements in the West Bank.

A powerful magnitude 7.7 earthquake has struck in the sea south of Cuba, shaking a vast area from Mexico to Florida and beyond.

There are no immediate reports of casualties or major damage.

Tsunami warnings for Cuba, Jamaica and the Cayman Islands had been issued, but lifted shortly afterwards.

Several sinkholes have opened in the Cayman Islands and at least one property has been structurally damaged.

So far no confirmed reports of injuries or deaths.