NHS prevent staff from speaking out, organ transplant crisis and other stories

NHS staff have been banned from speaking publicly about their work against the coronavirus.

It’s been reported that healthcare professionals have been threatened with disciplinary measures for discussing the coronavirus.

There have been complaints of gagging orders given by hospitals and other health bodies to doctors, nurses for speaking out about widespread shortage of equipment and resources.

Staff have described receiving aggressive emails, being threatened with disciplinary measures, and being sent home from work.

@BBCBreakfast @BBCNews @piersmorgan @Peston despite threats of disciplinary action in attempts to force their silence, our brave #NHS workers are still not receiving the protection they need while the govt still lie about it. Please hold @MattHancock and co accountable https://t.co/rROGhFeosU

Although not all NHS trusts in England have imposed the blanket ban on staff members speaking out, some health-workers fear losing their jobs in these already uncertain times.

Some charities will be forced to shut-down as a result of the pandemic.

Despite Government attempts to keep charities afloat, organisations are warning that the government funding announced on Wednesday will not be enough to save all charities.

The government has so far granted a sum of £750m to help charities stay running.

As part of the scene, £360m will be directly offered by government departments, another £370m will go to small charities, including those delivering essential services such as food and medicine.

Karl Wilding, the chief executive of the National Council for Voluntary Organisations, said charities were estimated to lose around £4b as a result of the pandemic:

In response to the Chancellor’s announcement on support for charities and civil society, here’s a statement from me on behalf of @ncvo: https://t.co/LN6FU6PMH9

I would like to thank @RishiSunak @OliverDowden @dianabarran and their teams for working hard on this package. 1/ pic.twitter.com/h6TdewflgS

Police in Greater Manchester have issued a plea to the public following multiple breaches of corona guidelines over the weekend.

Manchester Police have issued a statement asking members of the public to adhere to government guidelines over the Easter weekend.

This comes after police were forced to break up 660 parties last weekend. Ian Hopkins, Chief Constable, said: ‘each and every one of us need take this seriously.’

All in all there were 1,132 breaches of the lockdown reported between last Saturday and Tuesday.

The force were called to break-up 494 house parties and 166 street parties.

In some cases DJs, fireworks and bouncy castles were present.

The force reports dealings with groups gathering to play sports and 112 incidents of anti-social behaviour and public disorder.

We understand the desire people will have to spend time with family and friends over the Easter period, however it is vital that we follow the government guidelines. The single most important action we can take in fighting coronavirus is to stay at home in order to save lives.

#StayAtHomeGM | You should only leave your home for essentials such as food or medicine, or to exercise. When you do, it is very important that you #KeepYourDistance from others. 🚶🏼‍♂️↔️🚶🏾‍♀️You need to be at least 2 metres (about three steps) apart from other people.

UK organ transplant network under threat as a result of the coronavirus. 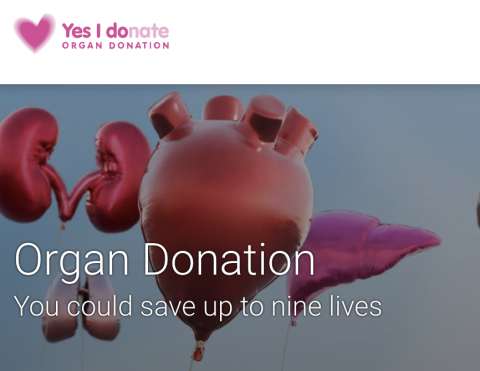 Since the beginning of March the number of organ transplants has fallen dramatically.

This comes after shortages of intensive care beds and fears of transplant patients contracting the virus whilst their immune systems are suppressed.

Last year more than 80 transplants were being carried out every week.

This year, by comparison, only a handful of transplants have been given to patients most urgently in need.

Prof John Forsyth has warned that the network will probably struggle to operate while the epidemic continues.

When I hear from other countries who have been at the centre of this Covid pandemic, they have got to the point where no transplant is possible in certain regions at all. It is estimated that 450 patients die each year before receiving a transplant. If organ transplants are forced to grind to halt, more could lose their lives. This is the bleak reality of our current crisis.