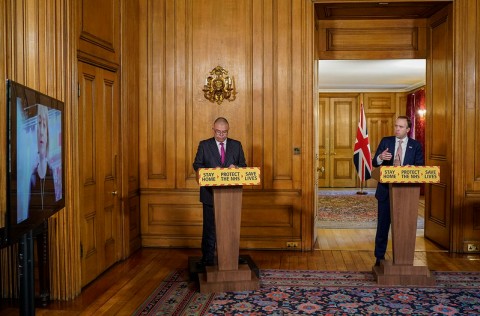 Since the government has loosened rules on who can apply for a coronavirus test millions more in England have become eligible to apply for a test.

This means that care home staff and its residents can apply for test with or without symptoms.

People over 65 who have to leave home for work can apply for a test if they have symptoms.

The expansion beyond NHS staff and hospital patients means that 25 million people can now book a test through the governments test booking website.

According to Downing Street testing capacity has now increased to 73,400 a day.

This comes as the government publishes data on the number of deaths in care homes due to the virus.

Office for National Statistics data released on Wednesday shows that one third of all corona virus deaths in the UK are occurring in care homes.

Foreign secretary of state Dominic Raab has said that Prime Minister Boris Johnson’s goal to test 250.000 people in a day remains ‘an aspiration’ and also added that while a quarter of a million goal was still in place he would not confirm when it would be reached.

Are you an essential worker? You can now book a coronavirus test online.
Tests are available for you and people in your household if anyone in the home has symptoms.
Don’t delay – tests are most effective within 3 days of symptoms.
Book a test ➡️ https://t.co/v2S4TonGCN pic.twitter.com/KdNL0CKTk3

Education secretary Gavin Williamson has said that schools will reopen in a ‘phased manner.’

Mr Williamson notified the Education Select Committee that the date for reopening schools will be based on scientific advise but schools would get ‘as much notice as possible.’ 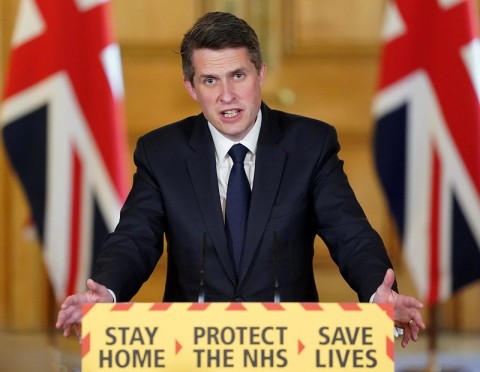 However when pupils start returning to school it may only be for some year groups.

He added ‘all schools returning on day one with a full complement of pupils would not be realistic.’

The coronavirus pandemic has caused schools to shut and the education minister faced questions on when they would reopen and what kind of help disadvantaged students would get while they have to learn online from their homes.

Committee chair Robert Halfron has warned of a ‘wave of educational poverty’ that could come from the lockdown because pupils are missing out on being at school.

There was no details from education secretary on which pupils would return first but last week leader of the ASCL head teachers union, Geoff Barton suggested that years 6, 10 and 12 might go back first with 1st of June 2020 being the earliest realistic date.

Schools ‘will reopen in phases but not during summer holidays’ https://t.co/nxgyCN0ICJ

The Foreign Office minister Nigel Adams said 1.3 million British nationals had returned to the UK since the outbreak of the coronavirus in Wuhan.

But there’s an estimated 50,000 people who remain overseas.

He told MPs the majority have returned via commercial flights.

The Foreign Office had brought back 19,000 people on 93 charter flights from 20 different countries and territories across the world.

The journalism industry’s online magazine Press Gazette is reporting that sport correspondents think the cancellation of matches and tournaments to slow the spread of COVID-19 has may have caused long-term damage.

The Olympic Games and the Wimbledon tennis championship, due to take place in summer, have both been suspended.

Ten Formula 1 races have been cancelled so far and the football Premier League is still on hold.

There remains a great deal of uncertainty over when sport will return.